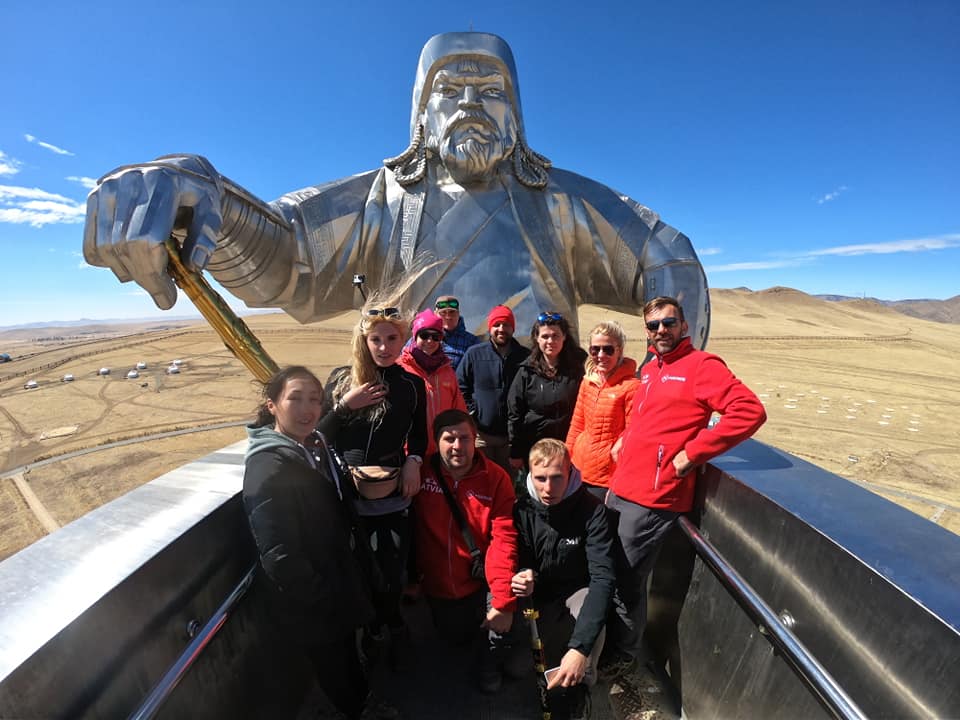 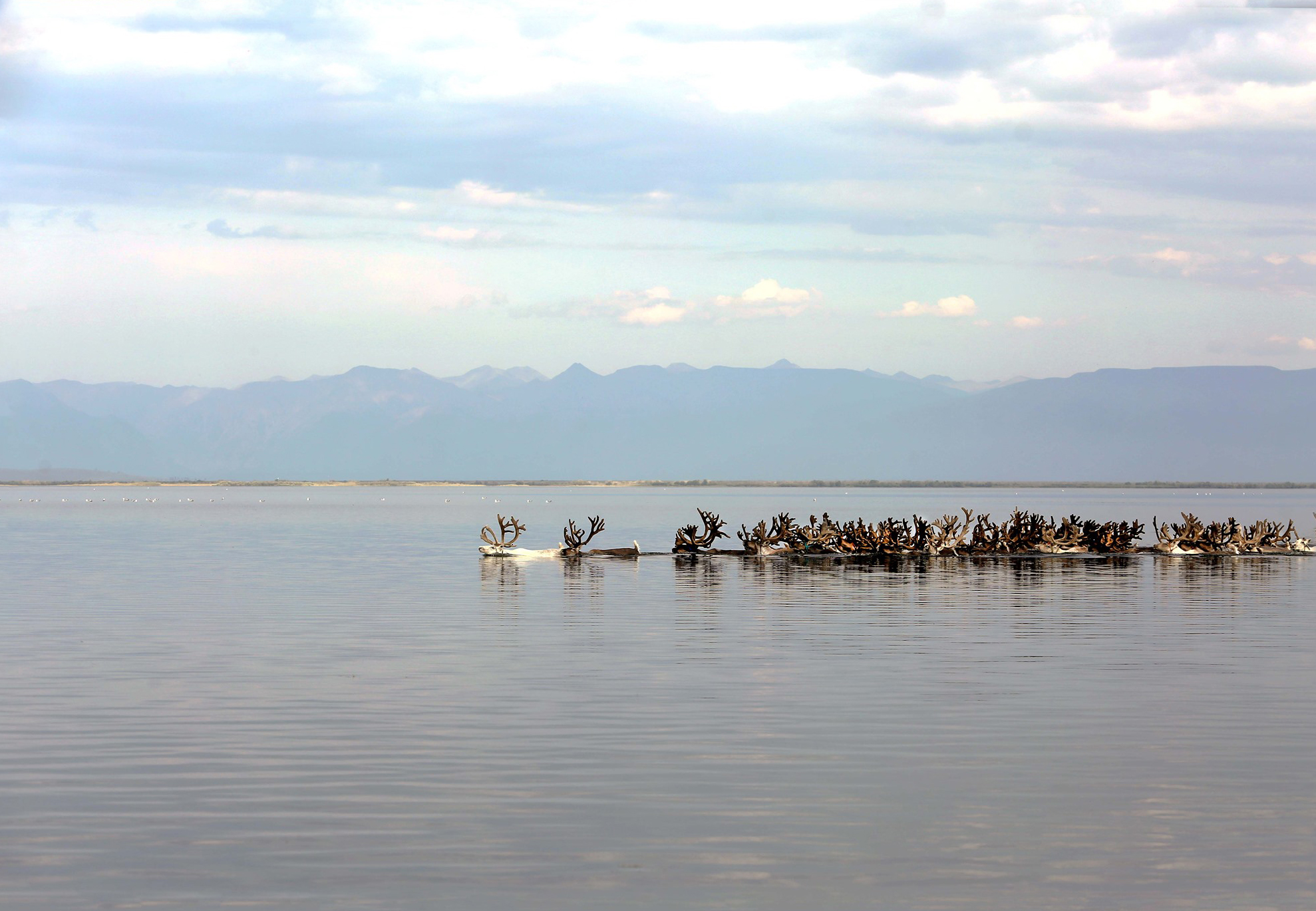 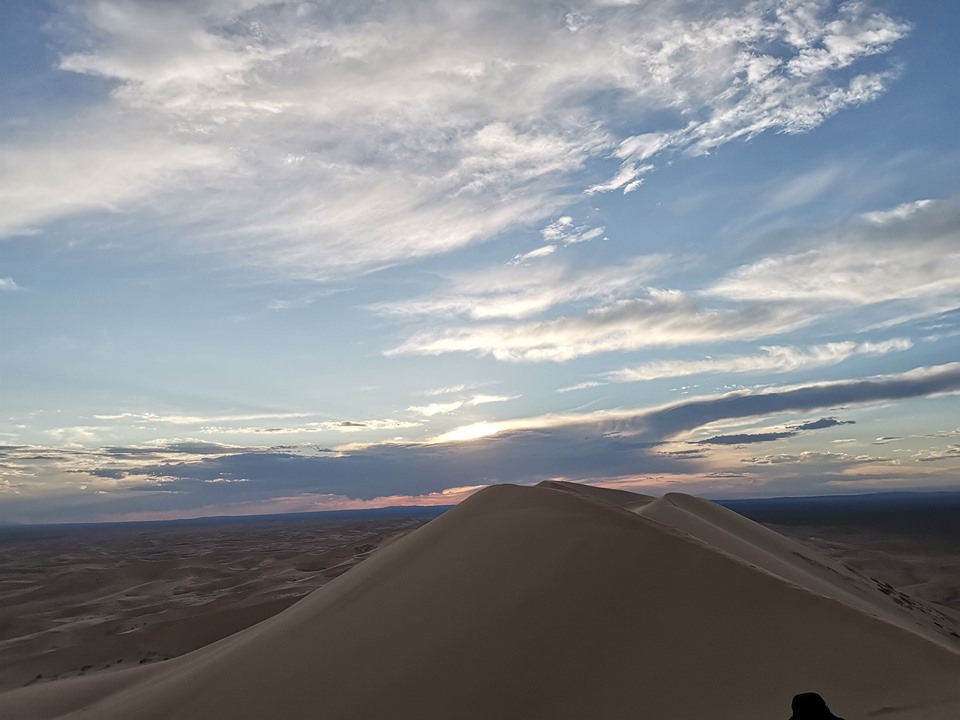 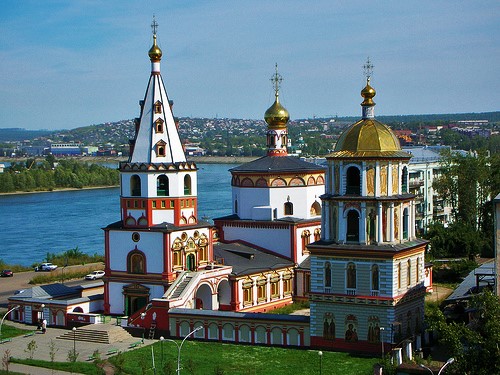 Have a wonderful experience in your life!

After transfer to hotel,Visit Gandan Buddhist Monastery at 10am. The monastery was established in 1838 and is the most active and one of the largest monasteries in Mongolia. See morning chanting, beautiful temples and the huge 27 meters high gold plated Buddha “Megjid Janraisig”.

The Zaisan Memorial is a memorial in the southern area of the Mongolian capital of Ulaanbaatar that honors allied Mongolian and Soviet soldiers killed in World War II. Located on a hill in the southern part of the city, the memorial features a circular memorial painting that depicts scenes of friendship between the people of the USSR and Mongolia. The mural depicts scenes such as Soviet support for Mongolia’s independence declaration in 1921, the defeat of the Japanese Kwantung Army by the Soviets at Khalhkin Gol on the Mongolian border in 1939, victory over Nazi Germany and peacetime achievements such as Soviet space flights including the flight of Soyuz 39 which carried the first Mongolian into space, Jugderdemidiin Gurragchaa.

Drive to the tallest horseman statue in the world, dedicated to legendary Mongolian emperor – Chinggis or Genghis Khan, and see as far-sighted Chinggis Khaan holds a golden whip in his right hand.

Day 2: Drive to the Urantogoo mountain

Breakfast at the hotel. On today, we will drive to the mountain called Uran Togoo which is an extinct volcano which is another attractive destination of Northern Mongolia which located about 60kms from Bulgan city. The area is situated in the Khutag-Undur district of Bulgan province. We will stay overnight in a Mongolian ger. (Lunch and Dinner)

Day 3:  Another day of driving will finally bring us to the Lake Khuvsgul, the right place to enjoy the well deserved rest after several days of driving. The Lake Khuvsgul located in the northwest of Mongolia near the border to Russia. It is about 1100m above the sea level, 136 km long and 262 m deep. It is the second most freshwater lake in Asia. The town of Khatgal is at the southern end of the Lake. The lake is surrounded by several mountain ranges. The surface of the lake freezes over completely in winter and the ice festival organized annually in early February which becoming quite attractive event in winter tourism in Mongolia. Overnight in a house camp.

Day 4: Taiga, Tsaatan families, reindeer herders are the main attractions for tourists. Once we get to the lake we have free time to wander around the lake and hiking around before the dinner will be served.

We may do various activities such as swimming, hiking horseback riding. You may as well as laze around by the vast blue expanse of the lake.

We will drive to Tsaatan (reindeer) family for experiencing the lifestyle of taiga forest people and get back in the evening. If you want to hiking around the mountains, you will see the brilliant view of the lake. In the evening we will have free time for taking photos and do some fishing there.

We will stay overnight in a mongolian traditional ger camp.

Day 5: From the lake to Arkhangai province by bus. Hiking and climbing to Khorgyn togoi /erupted volcano/ Observing around from the top. Khorgo volcano surrounded by the khangai mountains. The most area of national park is covered by peach forest. Khorgo volcano is situated at an altitude of 2210m, 200m wide,  100m deep. Lake Terkh is 16km wide 20 km long, 20m deep. The lake is extremely beautifull with fresh water and rich species of fish and birds . It’s really picturesque area and amazing spot for taking photos. . And there is also a beautiful river besides the volcano. Terkhyn tsagaan lake has a lot of stories. Overnight in a ger camp.

Day 6: After breakfast we drive to the kharhorum city. Kharkhorum is the first capital of empire of Mongolia. The city is located 376 km far away from ulaanbaatar. There is a first buddist monastery, centre of buddism in Mongolia”erdenezuu monastery “.

Also very modern museum ” kharkhorum ” shows history and culture of every periods of empires of Mongolia. Kharkhorum museum is rich of archelogical findings. The city now looks like a small town. The Monastery constructed by style of Tibetian buddist monastery. The Monastery originally constructed in 1585. /434 years ago since now /.

It’s one of the largest monasteries in Mongolia. The Monastery originally established in 1660 years. It consists of 2 temples complexes on the north and south banks of the ongi river. During the time of activities there were around 1000 monks worked in the town. Unfourtunately it was badly destroyed by communism and communists killed over 200 monks. Many surviving monks were imprisoned and forced to join the communist army. Other monks were escaped certain death by becoming farmers and common workers. Now this area look like destroyed town, many historical ruins, some rebuilt temples, museum about town and some archelogical findings.

For accommodation, It’s possible to choose either nomadic family or house camp.

Day 7: After a strong rain this magnificent seasonal waterfall, also called ” ulaantsutgalan “, it’s one of the best attraction in central Mongolia . About 25m downstream from the waterfall and 22m deep. The water doesn’t run all year. And will only start to flow after the first good summer rain. Mid july and august is the best time to see it. If it’s not running, you could consider your travel schudele to visit later in summer. But it’s still gorgeous and nice area for camping and horseriding. We have horsetrekking in the valley and stay in nomadic families ger guesthouse.

We drive to Bogd town at 4pm. Overnight at the hotel in Bogd town.

Day 8: To go to Umnugobi. The attractions will be Bayan zag, Khongoryn els and Yolyn am from this day. We’re entering the GOBI DESERT. Guess what? Just feel gobi desert riding camel and walking and visiting gobi family. Bayanzag is one of the important and beautiful  attractions in gobi desert. Baynzag means rich in saxual tree. There are saxual grow up. Saxual is tree which only grow up in the desert. Bayanzag is similar to “tsagaan suvarga “, but colour of the view is more red. It’s very famous for palaeontology. In 1922 American palaeontologist Roy chapman andrews discovered this place. He founded dinosaur egg and bones.He was travelling and working from China to Europe via Mongolia . Overnight in a ger camp

We drive to the khongoriin els. The most beautiful. We stay there for 2 nights.It’s the most beautifull sand dune in the gobi desert  The highest point of the singing dune is around 250-300m. The long of the sanddune is around 180km. when the sand moves it makes a noise like flying plane. So it’s called singing dune. It’s really nice to see sunset from the top of the sand dunes. This place is splendid complex of blue sky , blue rocky altai mountain, golden sands and landscape. We will have camelriding and climbing up sanddune. Overnight in a ger camp.

Day 9: Yoliin am is located in south 620km from ulaanbaatar. It’s a deep and narrow gorge in the ” gurvan saikhan”mountains. There are some ice lying on the river before naadam festival. Middle of july that ice is melted. It’s amazing valley for hiking between canyons and wonderful point for taking photography. Overnight in a house camp

Dalanzadgad, Umnugobi to Ulaanbaatar / by local airline /. Sauna and Massage at the hotel. Free and last day in Mongolia. Just do whatever you want.

Day 11: Irkutsk city tour Enjoy the view of Baikal lake from window of the train and have lunch. The train will be circulating the shore of the lake for 4 hours. Arrival at 02:25pm.

The Irkutsk city tour starts in the center of the city. This area houses 3 amazing temples: the Epiphany Cathedral, the Roman Catholic Cathedral and the Saviour church, which is considered the oldest stone building of the city. Besides, you will visit the Holy Cross Church, one of the highest points of the city offering a wonderful panoramic view. On the tour, you’ll walk in the historical center of Irkutsk, see ancient wooden buildings and beautiful merchant houses. The tour is also includes a walk along the embankment of the Angara River, the city’s public recreational area, to the monument to Alexander III. The monument was erected in 1908 in honor of completed construction of the Siberian Railway. Overnight at the hotel in Irkutks.

Then we drive to the middle of the village to see “RETRO PARK” – it is very positive and nice collection of metal sculptures and old Soviet cars.

After that, we drive to the end of the village and walk along the shore for few kilometers to take some wonderful photos of the lake.

On our way back to the centre of the village, we check out the Fish Market. Smoked OMUL – Baikal endemic testy fish – is highly recommended to try.

And finally, we make our way up to the observation point, known as a STONE OF CHERSKY from where you will see the breathtaking panorama of lake Baikal and Angara river mouth.

Return by road to Irkutsk by 6 PM.

Overnight in Irkutsk at the hotel.